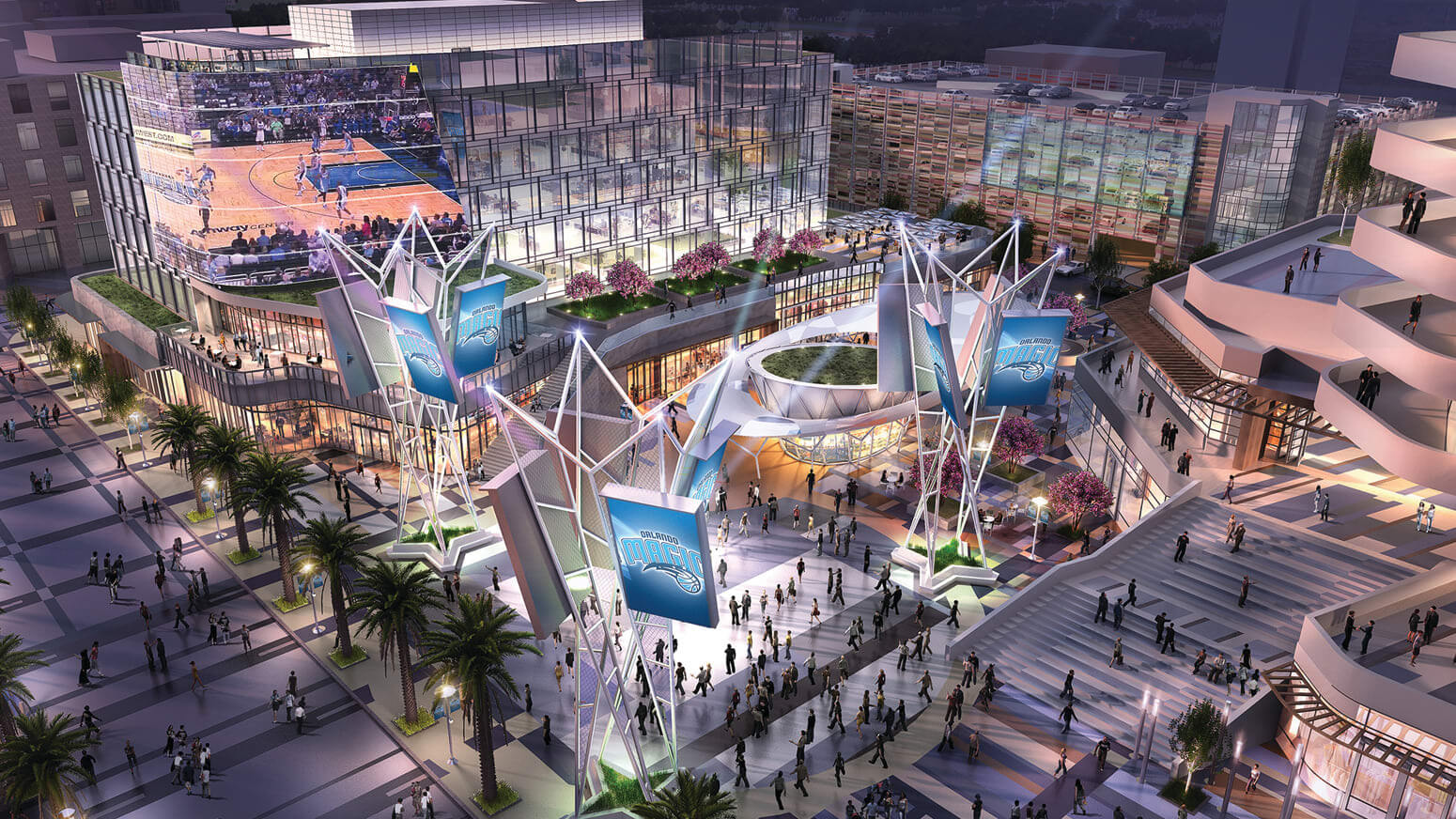 The Amway Center is a 19,033-seat arena located in downtown Orlando, Florida and operated by Orlando Ventures. The arena is home to the NBA’s Orlando Magic and hosts a myriad of other events annually, including minor league hockey, arena football, concerts, family shows, UFC fights and other events. Located adjacent to the Amway Center, the Magic are planning a $200 million Sports & Entertainment District complex in Orlando’s Central Business District. The Magic have secured the land parcels and public approval for the development, which will require the demolition and relocation of the City of Orlando Police Department Headquarters. The year-around venue is expected to include office space, retail shopping, a 260- room hotel and expo center, restaurants, bars and a 261-unit multi-family complex.

CSL was retained by the Magic in late 2014 to conduct a Strategic Analysis of the Sports & Entertainment District. In the report, CSL provided an overview of the Orlando marketplace, including a breakdown of the Orlando demographics and comparable entertainment venues operating today, a market study showcasing the local and regional landscape of the retail, restaurants, hotels, apartments, and office space demand. In addition, CSL provided a comprehensive analysis of similar entertainment districts in North America, as well as a sponsorship analysis for the venue and a plan for securing partnerships.

CSL delivered a comprehensive strategic sponsorship plan for the entire development, including the following: